A few of our local friends have a friendly competition loosely based on Iron Chef. The secret ingredient is announced by the host (and judge) the week before and the contestants have to come up with a recipe highlighting the ingredient. Judging is “arbitrary and capricious,” and the winner is given an honorary chef hat to hold onto until the next competition, and the honor of  being the next host. 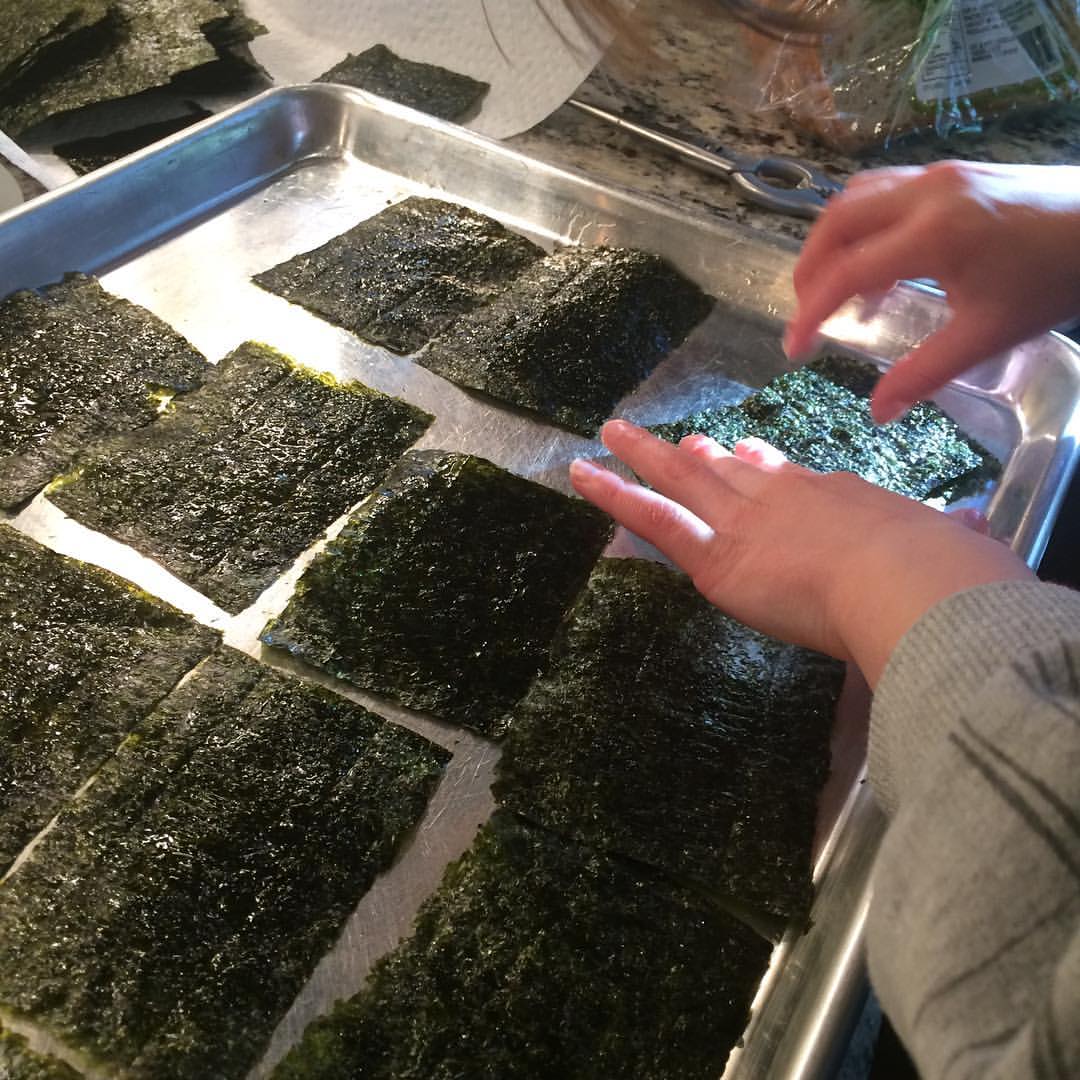 The Super Designer family won the last competition (Battle Sesame) so we were in charge of choosing a new ingredient and hosting the next battle.  In addition to providing salad and few other basic food items, the host is responsible for party favors, usually cooking and theme related. We chose oats! We had no idea what we could hand out…

Given all the cork keychains I have made, I was thinking that maybe I could make a horse out of corks (because Mares eat oats of course!), but my mom suggested Quaker Oat canisters. They are the perfect shape for corks! I struggled for a bit how to create the design because I wanted it to be a classic cover, but finally realized it is teeny tiny and doesn’t have to be perfect. I found a flat image I could use for the wrap, and copied the recipe from the web. The recipe on the back is real, but might be too small to read, so here is the link I grabbed it from, edited slightly for space. 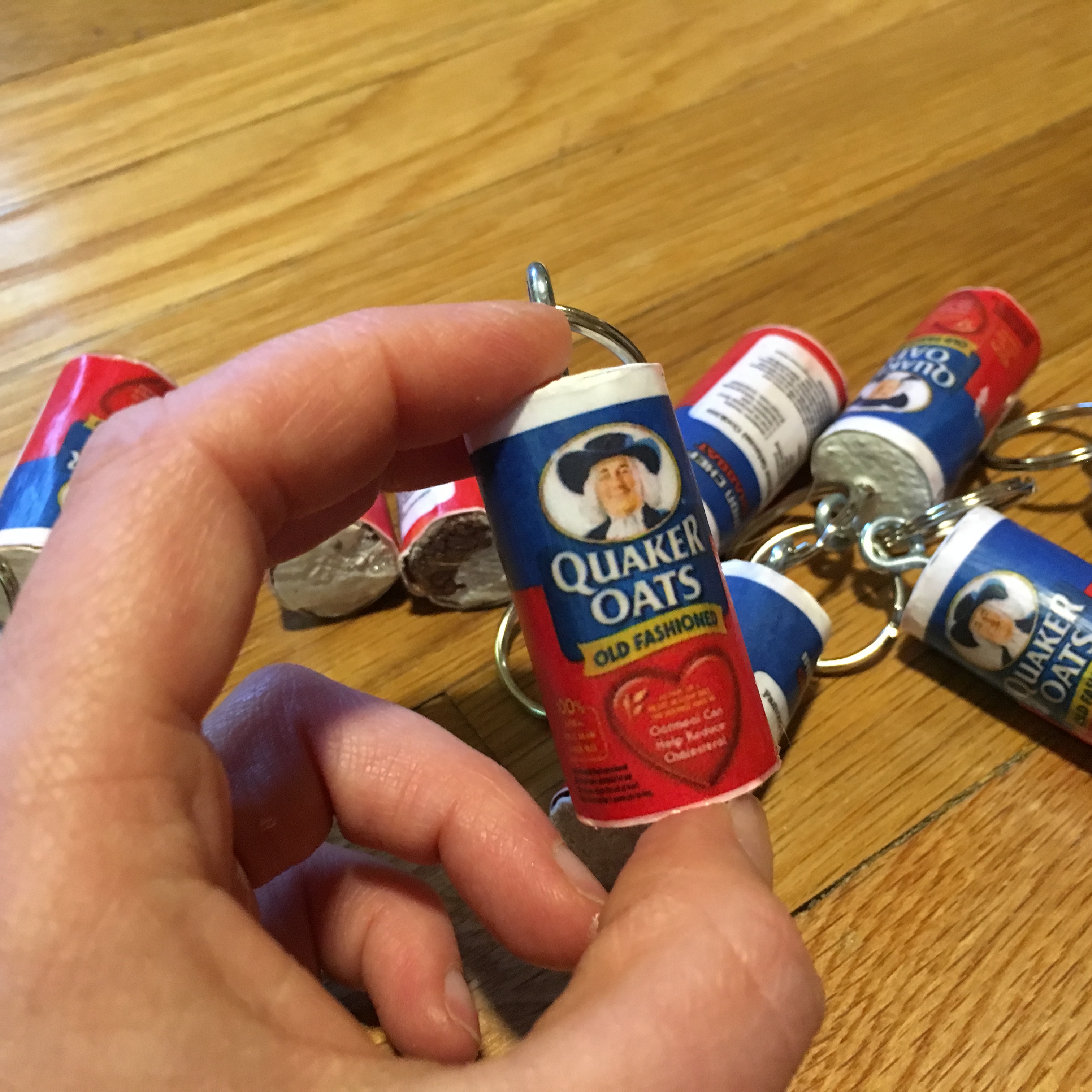 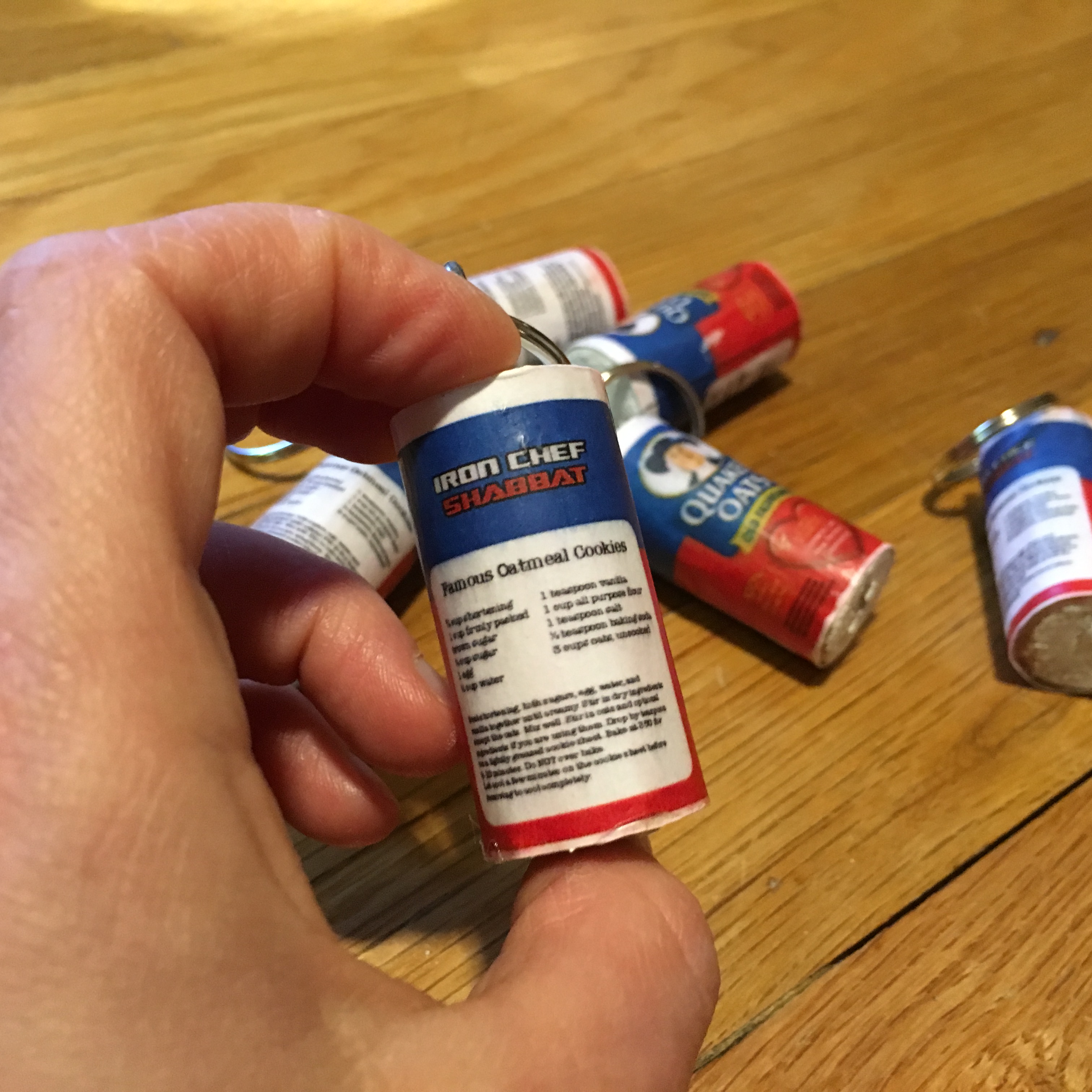 I used modge podge to glue the printed paper onto the corks and painted the tops white before attaching the eye screws and keychain rings. I used an inkjet printer, so the colors bled a little, but I found a rhythm and managed to keep the bleed to a minimum. If I make something similar again I would love to find a simple water proof finish, but the reviews I have read about outdoor modge podge say it dries tacky.  I will have to post a review once I try it. Check out my Cork Keychains post for more information on the other components.

Readers, if you have done something similar I would love to hear about it!