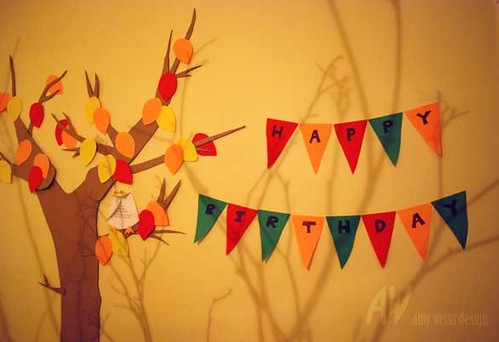 This Sunday was my son’s 6th birthday. He said he wanted a tree party, and upon further prompting it turned out he meant a forest theme craft party and was going to invite his friends’ stuffed animals. He said his bear, Teki was going to take them on a hay ride. I thought, “Great! I will make him a super cute little cart to put the animals in.” I was already thinking about how to make hay that isn’t too messy, but N had other plans. He made a ride out of cardboard boxes with 2 levels and ladders so everyone could get in and out. He even made a seatbelt for Teki, the bear driver! It was a bit of an exercise in letting go, but well worth it. It is amazing and I had plenty of other things to do.

My goal was to create a perfect forest using recycled materials. I made a tree out of cardboard and cut out leaves with N’s help for the tree and counter. As soon as the acorns started falling from the trees N and I started collecting them. I am pretty sure we will still be finding acorns in the house this time next year. I never knew how many different colors and shapes acorns came in! The cleaned acorns went into glass jars and vases that I had collected in my studio with some branches. They were joined by little friends from our toy box. 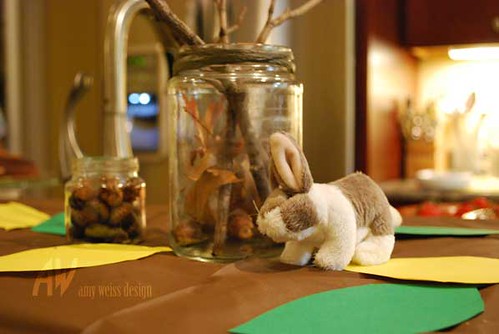 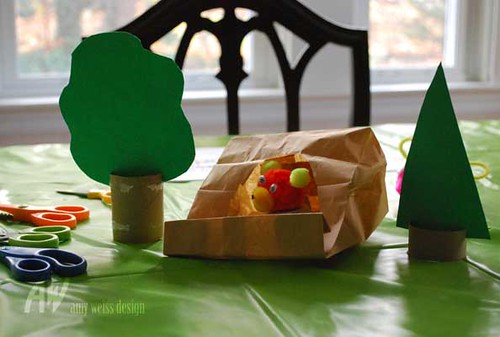 I read them two books, Happy Birthday, Moon, by Frank Asch and Bear Snores On, by Karma Wilson. They sat quietly, and when I asked them to roar like a bear who was just woken up, they were so cute I wanted to eat them up. After that it was time for snacks and cake. 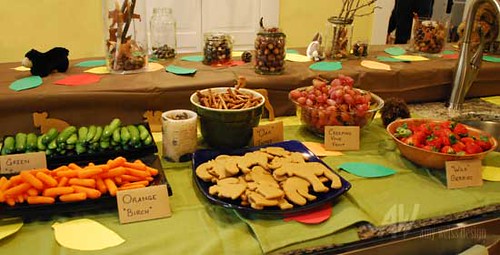 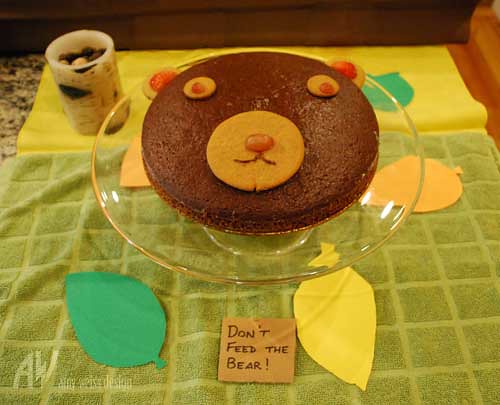 I know the birthday boy had a great time and I am pretty sure his friends and the woodland creatures did as well. I learned a few things: Let N do his own decorating. It will be perfect, just like he is, even if it is not the way I would do it; table coverings are key and need to be planned in advance; and if you need to know which tree has the best acorns in the neighborhood, just ask me!